Unearthing the catalyst for ASEAN’s energy transition in 2023 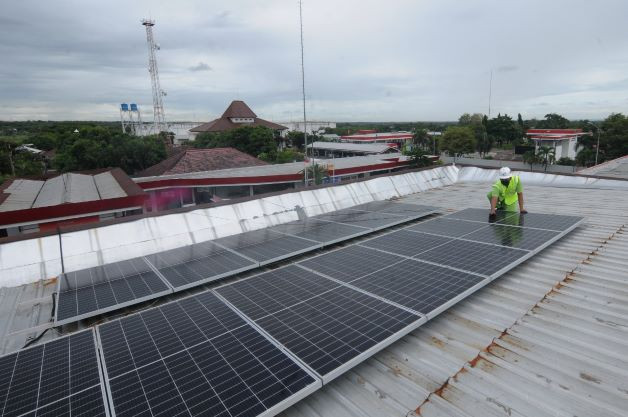 The year 2022 witnessed three summits hosted in Southeast Asia: The ASEAN Summit in Cambodia, the Group of 20 Summit in Indonesia and the Asia-Pacific Economic Cooperation (APEC) Summit in Thailand. They discussed economic recovery, climate action and sustainability, including accelerating the clean energy investment for energy security.

Energy security, which also took the centerpiece of 2022, is a core interest of ASEAN. With its economic growth and reliance on fossil fuels, the 7th ASEAN Energy Outlook (AEO7) estimated ASEAN would become the net importer of natural gas and coal as soon as 2025 and 2039, respectively, if no changes happen in demand and supply.

Warmly welcomed by many, JETP aims for an investment and policy plan to deploy ambitious renewable energy (RE) share to at least 34 percent of Indonesia’s power generation mix by 2030 and to prioritize the early retirement of the coal-fired power plant. Following that, a similar commitment was made recently for Vietnam. Meanwhile, Bangkok’s BCG economy model promotes RE, biofuels and higher energy efficiency, which are all in line with the APAEC aspiration to have a 23 percent RE share of the total primary energy supply (TPES) by 2025.

According to the AEO7, ASEAN must fill the gap of almost 10 percent-point from the 14.2 percent RE share in 2020 to the 2025 regional target. Many member states’ key strategies are utilizing solar and wind energy. In the past five years, Vietnam, Thailand and Malaysia have significantly increased solar share in their national installed capacity, reaching 16.6 gigawatt, 2.8 GW and 1.5 GW respectively.

With its roles in addressing energy security and climate issues, ASEAN consistently works toward green energy ambitions through renewables. However, the main questions persist, what would be the sensible pace and priority to achieve their target after the summit? What are the best strategies to solve the rising energy security problems amidst the mounting economic challenges due to geopolitical conflicts and pandemics?

As the region targets more RE, especially solar and wind, more stress will be put on the electricity grid. In addressing the intermittency while keeping the supply-demand stable, the member states should improve their grid flexibility and resiliency. Missing that and we’ll see a “boom and bust” phenomenon.

The case of Vietnam could provide good lessons for ASEAN. After the rapid solar deployment in 2019, from less than 500 megawatt to 4 GW, Vietnam experienced challenging power system operations. Since the regulation requires Vietnam Electricity (EVN) to purchase electricity from the newly built solar farm, EVN is forced to curtail other RE sources, such as stopping nearly 8 GW of hydroelectricity at noon. Furthermore, lower electricity demand due to COVID-19 and the unprepared grid have amplified the difficulties in maintaining the lowest generation cost of prioritizing RE.

The long-awaited Power Development Plan VIII (PDP8) would see limited addition of new solar capacity until 2030. Instead, priority will be the wind development of 21.5 GW onshore and 7 GW offshore. In September 2022, EVN cut the utilization rate of its largest solar farm, the Trung Nam-Thuan Nam solar power plant, by 40 percent due to the uncertainty of feed-in tariff (FIT).

Besides national grid improvement, ASEAN could benefit by accelerating its vision of the ASEAN Power Grid (APG). APG received wide attention due to the first 100 MW renewable electricity import involving four ASEAN member states from the Lao PDR-Thailand-Malaysia-Singapore Power Integration Project (LTMS-PIP) in June 2022. With renewed interest in the interconnection, the Brunei-Indonesia-Malaysia and Philippines (BIMP) line is worth watching.

According to the ASEAN Interconnection Masterplan Study III (AIMS III), up to 21.8 GW extension of transmission capacity is required to optimize cross-border RE resource sharing in ASEAN, which requires $16,23 billion in investment, Identified as well was untapped 8,119 GW (12,000 TWh) solar potential on 42 sites and 342 GW (766 TWh) wind resources on 20 sites. Through its least cost scenario, AEO7 also showed the interconnection as key for the energy transition in the region.

AEO7 also highlighted the importance of energy storage to improve the stability of RE supply into the grid. A 27 GW capacity is projected to smooth the load in the least cost scenario. ASEAN has been progressing through 200 MWh energy storage installation in Singapore, the 20 MWh battery energy storage system in the Philippines and the FIT introduction for solar plus storage in Thailand. Other than lithium-ion batteries, alternatives such as sodium-sulfur (RT Na-S) batteries and pumped-up hydro should be fully explored.

While flexibility is not a new discussion topic for ASEAN, major renewables uptake and dynamic changes in electricity demand due to the electrification of end-use sectors have prompted the need for a higher level of grid flexibility. For example, almost all ASEAN member states have introduced electric vehicle targets and incentives.

Other strategies to improve grid resiliency include residential energy storage and new grid services, such as virtual power plants, fast-response ancillary services and state-of-the-art automated systems, e.g., distributed control systems. Development such as the solar-flex grid model in Lao PDR can be a great example. More importantly, ASEAN should focus on renewable-based baseload generation, such as hydro, geothermal and bioenergy.

Considering the smart and flexible grid is indeed complex and expensive, the high RE target implies an immense cost already. But the countries should not neglect the important catalyst, the power grid. Moreso if they want to have a quick and smooth energy transition. Therefore, commitments such as the JETP should be realized and designed to address supporting infrastructure issues.

As demonstrated by the three important summits in the region which ended on an optimistic note, ASEAN will be part of the solution. Work remains, though, to translate the political statements into actual, practical steps. Among others, a consistent policy message is essential in building the confidence of financial institutions and private companies to invest.

This article was published in thejakartapost.com with the title “Unearthing the catalyst for ASEAN’s energy transition in 2023”. Access the original here: https://www.thejakartapost.com/opinion/2023/01/07/unearthing-the-catalyst-for-aseans-energy-transition-in-2023.html.