The Status of Electricity Subsidy Reform in Indonesia

In the power sector, Indonesia led the regional market in term of power generation and electricity consumption. It generated 232 TWh and consumed about 201 TWh in 2015 with the growth of 6.9% in the period of 2011-2016. Throughout the period, household/residential remained a major power consumer which recorded consumption of nearly half of the total. In 2015, the household sector consumed 88 TWh, followed by industry which amounted to 64 TWh, by the business sector at 36 TWh, and the public sector as remainder (Table 1). In this period, the household sector was standing over the other sectors with its 8.1% annual growth, followed by industry and public sectors with similar growth of 7.5%. In 2016, up to November, total electricity consumption in Indonesia was at the level of 218 TWh, while household increased up to 95 Mtoe, the business reached 40 Mtoe, the industry at 69 Mtoe and the public sector had a 1 Mtoe increase from the previous year.

Under the RUPTL 2017-2026, the Government of Indonesia (GoI) has calculated its future consumption up to 2026 by using their forecasted gross domestic product (GDP) and population. The electricity consumption in Indonesia will grow significantly by 8.3% per annum, reaching 483 TWh in 2026. In the same period, the business sector will rise by 9.5% annually, reaching 98 TWh in 2026 from only 39 TWh in 2016. Next, the industry will follow by the pace of 9.4% annual growth, with electricity consumption expected to triple in 2026, from that in 2011, or equal to 167 TWh.  It will then be followed by the public sector (consists of government offices, social sector and public lamps) amounted to 29 TWh in 2026, with the annual growth of 7.7% over the period. As a laggard in terms of growth, the household is expected to double from just 95 TWh in 2016 to 189 TWh in 2026 as the major electricity consumption in this archipelago.

Despite the huge electricity demand, GoI still allocates subsidies in this sector up until today. In the last half of the decade, the GoI’s subsidy for electricity fell from IDR 103.33 trillion in 2012 to only IDR 59.23 trillion in 2016, with the steepest drop between 2014 and 2015. The new national budget arrangement (APBN 2017) also indicates that the new subsidy for electricity sold will be only allocated for IDR 44.98 trillion, which is lower than last year. In the period of 2012-2017, subsidy weight, the ratio between the amount of subsidy and electricity sold to the target of subsidy, reduced from IDR 600.13/kWh to IDR 271.92/kWh. It may drop to IDR 191.59/kWh, as per the APBN 2017 (Table 3). 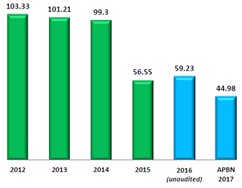 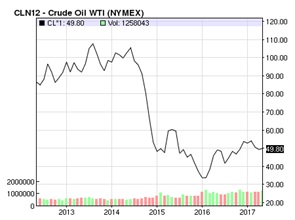 Table 3. Subsidy weight for each kWh of electricity sold, the National Team for the Acceleration of Poverty Reduction & PLN 2012 – 2017

Moreover, as written in Ministerial Decree No. 28 and No. 29 in 2016, subsidies should be precisely directed to the people who live below the poverty line. In 2016, the National Utility (PLN) and the GoI concluded that citizens whose electricity capacity are at 900 VA (around 18.7 million people) will not be subsidised by early 2017, which will potentially reduce the electricity subsidy again this year as captured in Figure 1. The tariff for this type of users is adjusted from only IDR 791/kWh in the first stage (January 2017) and to the level price of IDR 1,325/kWh in the third stage (May 2017).

The views, opinions, and information expressed in this article were compiled from sources believed to be reliable for information and sharing purposes only, and are solely those of the writer/s.  hey do not necessarily reflect the views and opinions of the ASEAN Centre for Energy (ACE) and/or the ASEAN Member States. Any use of this article’s content should be by ACE’s permission.