The Challenges of Clean Coal Technology in ASEAN

Coal is a combustible rock used as solid fuels that can be transformed into other energy forms before being consumed.  Compared to other solid fuels such as biomass and solid wastes, coal is mainly used for electricity and heat in international energy trade. Coal is classified according to its qualities, broadly into anthracite, sub-bituminous, lignite and peat (Figure 1). 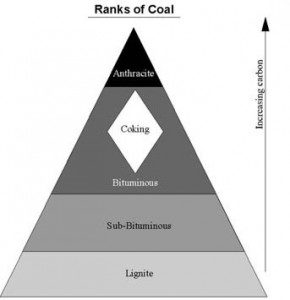 The volume of coal sold in the ASEAN market is expected to continue due to the rapid growth of coal demand and the gradual depletion of coal resources in the region. According to the 4th ASEAN Energy Outlook (AEO4), coal demand is projected to exhibit the fastest growth.  Increasing by 6% per year, the installed power capacity from coal-fired power plants will rise from a starting value of nearly 47 GW in 2013 to 152 GW in 2025, reaching 261 GW in 2035, based on the average growth of 8.1% per year (Figure 2). 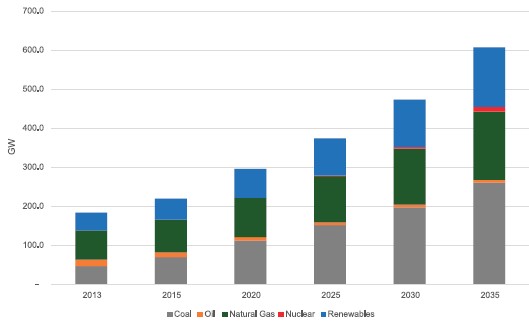 Figure 2. Coal in the AEO4’s Business As Usual (BAU) scenario is projected to exhibit the fastest growth

Table 1. The rapid growth of ASEAN coal-fired power plants capacity from 2016 to 2018 with the electrification rates.

The scenario is likely to happen because coal is relatively cheap and abundant in the region compared with other fuels. A simple comparison of three major conventional fuels will explain why solid fuels will be the ‘favourite’ option in ASEAN. One tonne of coal is able to generate more than 1000 kWh electricity (assumptions: Power plant heat rates (for steam-electric generators in 2014), Coal = 10,080 Btu/kWh), equal to 4.8 barrels of oil, and 27 Mcf of natural gas. As of November 2016, the current coal price is USD 45.05 per tonne, the oil price is USD 46.6 per barrel and natural gas is USD 3.8 per thousand cubic feet. It shows that coal utilisation for power generation is more than 50% cheaper compared with other fossil fuels. 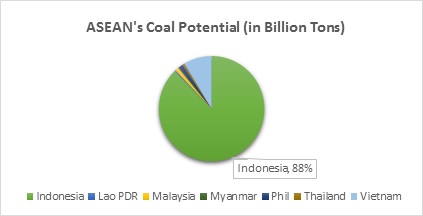 However, there are at least three factors that may interfere with the significance of coal in the region. Firstly, the environmental regulations of the ASEAN Member States (AMS) are becoming more stringent and are driving the shift towards cleaner fuels like natural gas and renewable energy (RE). Secondly, the Kyoto Protocol would affect the level of coal consumption as the Protocol established the reduction targets of greenhouse gases emission. And lastly, the recent Paris Agreement—which was adopted and endorsed by 195 countries in December 2015—encouraged all countries to publish national strategies to achieve emission reduction targets.

The adoption of clean coal technology (CCT) may increase coal competitiveness with other fuel sources. CCT is a category or a collection of latest technologies that allow the use of coal to reduce the negative impact on the environment and to meet the regional environmental regulations. However, even though the price of coal is the cheapest compared to other fossil fuels, the technology to reduce its emissions are much more expensive than that of any other fossil fuels. For example, a construction cost of a 500 MW combined cycle gas turbines is estimated at USD 500 million, which is 50% cheaper than a 500-MW integrated gasification combined cycle (IGCC) coal-fired power plant that costs more than USD 1 billion. The high cost of CCT is the key challenge to fully adopt the technology in ASEAN.

To make CCT affordable, the AMS policymakers should be able to identify and explore a concrete solution to resolve the challenge. A competitive market should be driven to counterbalance the increasing cost trends of CCT due to high demand for coal in the future. Furthermore, ASEAN needs to intensify the knowledge-sharing with dialogue partners to enhance the local expertise in CCT production. Now is the time for the governments to be able to drive further investments in affordable CCT to maximise the potential of coal in contributing to environmentally-friendly power generation.