The ASEAN Centre for Energy (ACE) participated in the RENKEI Control Dissemination Meeting organised by the Ministry of Economy, Trade and Industry of Japan (METI) on 11-14 February 2020 in Tokyo, Japan. The meeting discussed the implementation of the Research and Education Network for Knowledge Economy Initiatives (RENKEI) Control and its potential contribution to the Energy Efficiency Programme in ASEAN. 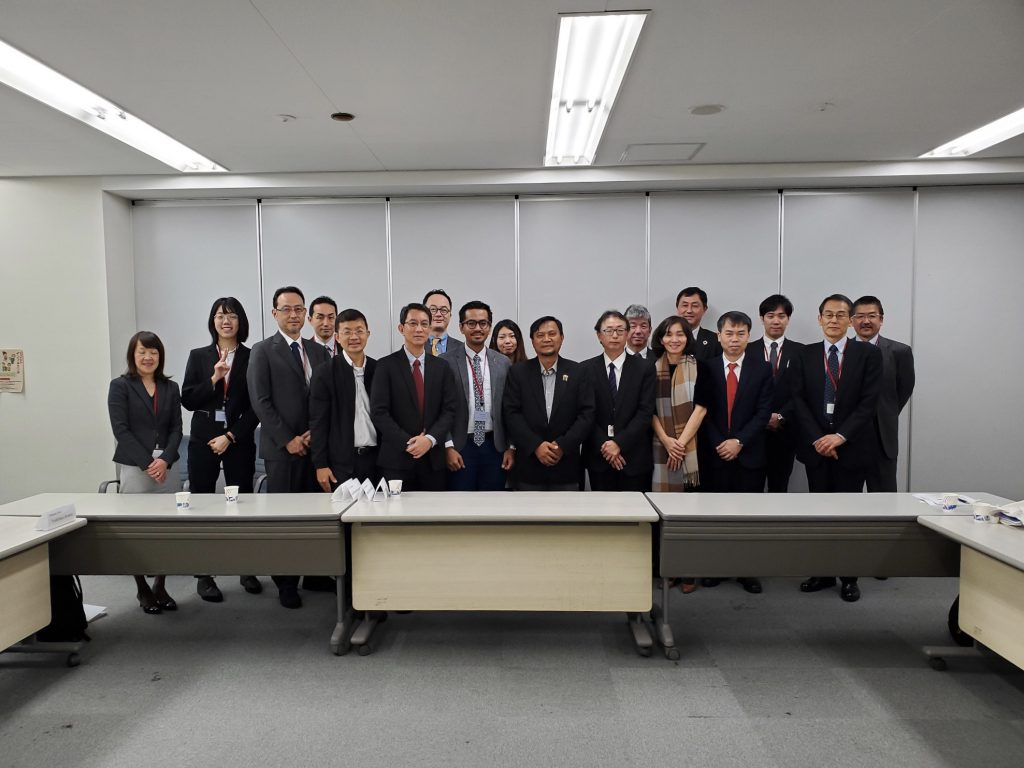 The RENKEI Control Initiative was first launched in Makati City, Philippines on 27th November 2019, as one of the flagship projects under the Cleaner Energy Future Initiative for ASEAN (CEFIA) Programme. RENKEI Control has introduced an Energy Management System and approach to achieve energy saving and reduction of GHGs with short construction period, less investment and highly cost-effective.

RENKEI project is a joint collaboration among government, private sector and universities in ASEAN & Japan. Thus, during this first dissemination meeting in Tokyo, the key representatives from ASEAN came from Institut Teknologi Bandung (ITB), Chulalongkorn University (CU), Hanoi University of Science and Technology (HUST), Electrical and Electronics Institute (EEI) of Thailand and Ministry of Industry and Trade (MOIT) of Vietnam.

ACE as the Secretariat of CEFIA will coordinate and facilitate the activities of RENKEI control as one of the flagship projects.