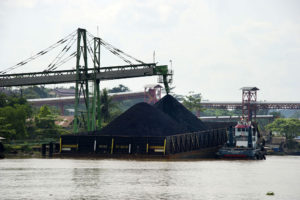 Energy demand in ASEAN member states (AMS) has increased twice as fast as in other countries since the 2000s. AMS together are currently the sixth-largest energy consumer and will be the fourth-largest by 2030, with more than 54 percent of the energy need expected to be covered by oil imports by 2035.

Fossil fuel subsidies have significantly increased, rising from US$20 billion in 2017 to $50 billion in 2018. The current growth rate of conventional energy sup- ply would not only lead to energy security issues but also exacerbate climate change — if renewable sources are not taken into account.

During the recent ASEAN Ministers on Energy Meeting (AMEM) in Bangkok, Indonesian then-deputy minister of energy and mineral resources Arcandra Tahar noted the importance of biofuel. In a separate discussion, he said biofuel could not only alleviate countries’ dependency on fossil fuel but would also help reduce poverty. Biomass is abundant in Southeast Asia.