Electrifying Cambodia, One Village at a Time

The Ministry of Mines and Energy of Cambodia in partnership with the ASEAN Centre for Energy (ACE) and Korean Energy Agency (KEA) officially launched the Renewable Energy Fuelled Pico-grid Village Demonstration Project on 20 September 2018 in Thkov Village, Seam Reap, Cambodia. 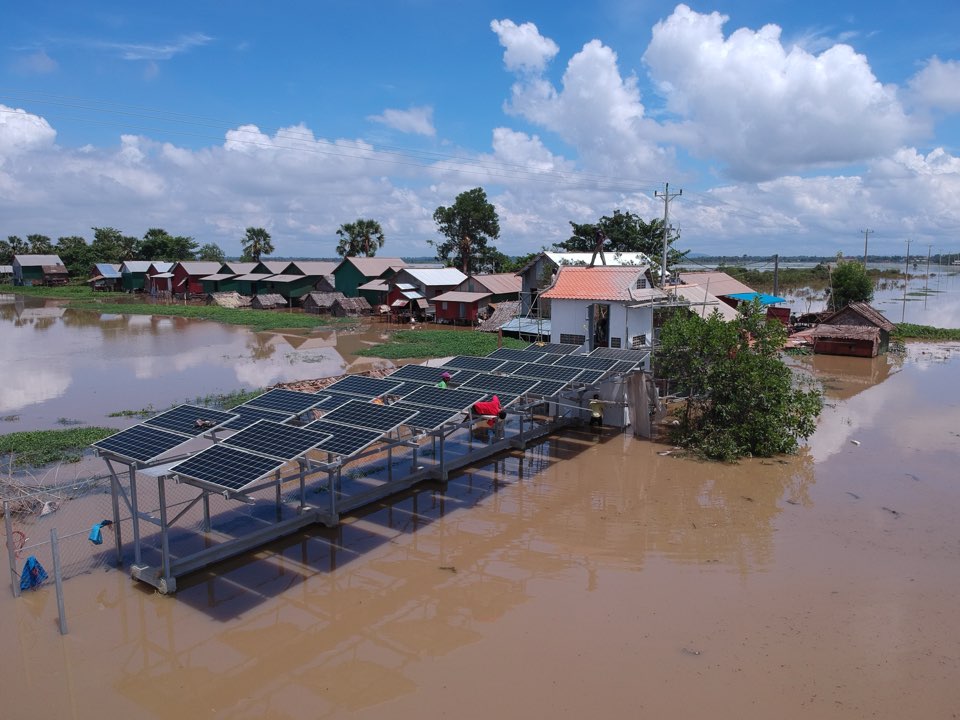 The objective of the project is to test the economic feasibility of the grid-connected small-scale solar generation system to improve energy accessibility, especially in the floating homes of the village. This project marks a significant step in support of the regional target of 23% renewable energy (RE) share in ASEAN primary energy mix by 2025 under the ASEAN Plan of Action for Energy Cooperation (APAEC) 2016-2020. At the same time, the project’s goal is also aligned with the national strategy of Cambodia to accelerate the deployment of solar power technology in Cambodia’s villages. Currently, the Royal Government of Cambodia has set an ambitious target to reach 100% electricity rate by 2020 in the villages, using solar power among others, and to have 70% of households connected to grid-quality electricity by 2030. These targets are further elaborated in the National Strategic Development Plan Update 2009-2013 and Rural Electrification Master Plan (REMP) with Ministry of Mines and Energy as the ministry in charge.

The ceremony was attended by approximately 200 people. In attendance were key project partners, leaders from the country’s RE sector, and community representatives. The ceremony was also an opportunity to thank all parties involved for their support in bringing the solar plant to completion. Mr. Christopher G. Zamora, APAEC Manager of ACE, in his speech during the inaugural ceremony said that the project was the first demonstration project that resulted from the engagement with the Republic of Korea through the Ministry of Trade, Industry and Energy (MOTIE) and KEA. He added that one of the key advantages of solar-based power plant was that it can reduce dependency on national power grids. The project has the capacity of generating 10 kWp of electricity and will be supported by battery storage system. He added that a pilot project evaluation will be conducted in order to evaluate feasibility, time and cost prior to launching a full-scale solar power system in Cambodia and in other ASEAN Member States.

According to the ASEAN Energy Cooperation Report 2017 published by ACE, hydro and solar power potentials in Cambodia was estimated to be 10GW and 5GW respectively.  The Pico-grid Village Demonstration Project has unleashed the potential of RE at the local level, and at the same time, created opportunities for investors, power plant operators, equipment suppliers, and installers for technology transfer. (RJPS. Featured photo credit:  KEA)