The ASEAN Forum on Coal (AFOC) and ASEAN Centre for Energy (ACE) are actively promoting the development and utilisation of cleaner coal technologies in the ASEAN Member States. The AFOC Members have expressed their commitment to support and implement the ASEAN Plan of Action for Energy Cooperation (APAEC) programme no 3: Clean Coal Technology (CCT). The 2017 AFOC Council Meeting and Associated Events were hosted by Ministry of Energy and Mineral Resources of Indonesia, conducted on 26-28 April 2017 in Jakarta.  A total of 50 Participants from ASEAN Member States (AMS), dialogue partners/international organisations (DPs/IOs), ASEAN Secretariat and ACE were actively engaged in the discussion to unify and strengthen the implementation of CCT action plan for 2017-2018. The Associated Events consisted of the ASEAN Board of Judges (BOJ) Meeting for ASEAN Energy Awards (coal category), ASEAN Carbon Capture Storage (CCS) Workshop by Global Carbon Capture and Storage Institute (GCCSI) and ACE, the 15th AFOC Council Meeting and site visit to Suralaya Coal-Fired Power Plant. The BOJ Meeting was conducted on 26 April 2017 which aimed to select the awardees for best practices in clean coal utilisation in the region. ACE received 20 entries from Indonesia, Malaysia, the Philippines, Thailand and Vietnam under the sub-categories of Coal Mining, Clean Coal Use and Technology, Coal Distribution, Corporate Social Responsibility (CSR), and Submission Category. The winners were identified and will be announced during the Gala Dinner/Awarding Ceremony during the ASEAN Energy Business Forum organised in conjunction with the 35th AMEM in September 2017 (Manila, the Philippines).

The CCS Workshop by GCCSI and ACE provided beneficial recommendations to the AMS to continue the capacity building on CCS policy and regulation, as well as to enhance public awareness on CCS through strategic community engagement activities.

The 15th AFOC Council Meeting was held on 28 April 2017 in Jakarta, Indonesia.  In his opening statement on behalf of Senior Officials on Energy Leader of Indonesia, Mr. Agus Tribusono, highlighted the importance of coal in energy sector to ensure the regional energy security and economic competitiveness under the framework of ASEAN Economic Community.  Dr. Kieu Kim Truc, the Chairman of AFOC from VINACOMIN of Vietnam emphasised the direction of CCT development in ASEAN and the engagement with DPs/IOs.   Dr. Sanjayan Velautham, ACE Executive Director, underlined the role of coal in the ASEAN energy mix and the direction of coal cooperation APAEC Phase I 2016-2020.

The Meeting considered and agreed on AFOC accomplishments in 2016 and action plans for 2017-2018. The key action plans included: i) strong cooperation with DPs and IOs in CCT and CCS; ii) to strengthen the ASEAN Coal Database Information System (ACDIS); iii) to implement capacity building and research activities; and iv) to promote best practices of coal utilisation through the ASEAN Energy Awards. 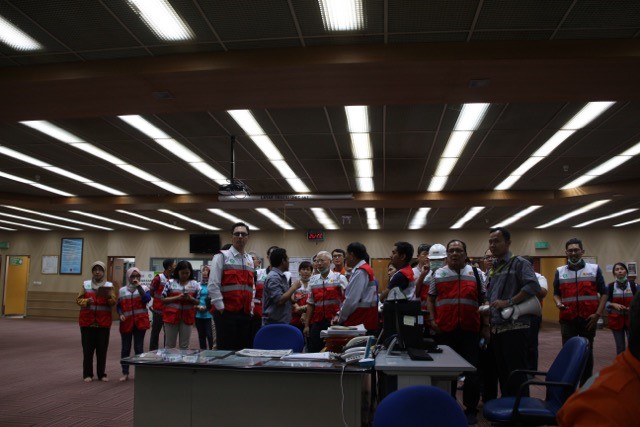 On the last day, the participants visited Suralaya Coal-Fired Power Plant in Banten, western part of Java, to learn about the CSR in the 3,400 MW-installed capacity plant. Operated since 1984 with continuous support from the local community, the power plant fulfils the electricity demand in Java. Moving forward, the Government of Indonesia is committed to deploy CCT by implementing ultra-supercritical power plant for a new coal-fired plant in the country.  (SBS.  Featured photo credit:  Directorate General of Mineral & Coal, Indonesia)